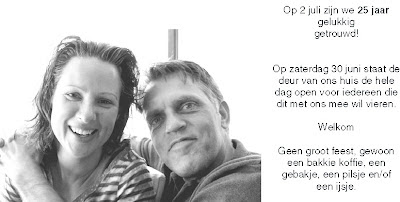 In coming to earth Jesus was seeking common ground with us. By walking in handmade leather sandals and scraping his knuckles while lining up a plank in his father's carpentry shop and feeling the slight tingle of wine at the wedding feasts, he was seeking common ground with us. Had he appeared draped in armor and displaying a halo the size of the rings of Saturn, he would, perhaps, have impressed more people. But then their conversion would have been based on awe and fear, rather than on the relationship he wanted, which was love. He did not come to earth hurling thunderbolts (though his disciples urged him to do so). He did not point out the numerous flaws, sins, and inadequacies of those around him (though they were obvious to many). He sought common ground with people so that he could reach them, and teach them, and love them, where they were. He even learned their language in a desire to communicate clearly and effectively. He used the words they used. He sang the songs they sang. He dressed like they dressed. He wore blue jeans.

In the Simon Wiesenthal Museum in Los Angeles there is a display in which visitors are asked to identify three ways that certain human figures sketched on a board are different. This exercise is easy: Race and sex automatically answer two of the three. Then viewers are asked to identify sixteen things these figures have in common. This exercise takes more time, and most people quickly tire of it and walk away. It does not take a genius to see what makes individuals different, but it does require wisdom and patience to determine what different people have in common.

Even the apostle Paul, a man probably not known for his natural charm, stated that he endeavored to find common ground with an audience before preaching to them. In Philippians 2:1, he exhorts his listeners to "remember the Spirit that we have in common. Be united to your convictions and united in your love, with a common purpose and a common mind." In John 17:11, Jesus himself prays over and over again "that the people may be one, like you and I are one." He also clearly said that the way others would recognize that we were his disciples would be by the love we have for one another, not by the relative merits of our strengths versus their weaknesses. "He who looks down on his neighbor sins," advises Proverbs 14:21. When any person or group looks down on others, casting moral judgments, they are making themselves "wrong."

Diplomatic negotiations proceed much faster when every participant has an understanding of the common needs, values, and ideas of the other parties involved. "Judge your fellow guests' needs by your own. Be thoughtful in every way."—Ecclesiasticus 31:15 (New Jerusalem Bible). Jesus in blue jeans would not be looking for obvious differences among people but would search for the common ground—in conversation, in thought, in interests, in goals, and in values. Guideposts magazine recently shared an article about a middle-class woman who, by reason of bankruptcy, found herself suddenly living in a ghetto neighborhood. Frightened at first, she soon wondered how God could use her to make a connection with people whose everyday lives were plagued by drug and alcohol abuse, domestic violence, and drive-by shootings. She began by inviting the local women (some of them admitted prostitutes) for coffee every morning. Wary at first, one by one they began to gather. She found that what all these women had in common was an intense desire for a better life for their children. It was on this foundation that she actually built a church without walls. She sought, and found common ground with them, and sev¬eral families' lives were changed. This would not have happened without her focusing on what could be shared, rather than why she was scared.

Differences will always make themselves apparent. It is up to us to search for and recognize the silent, pervasive, and important things we have in common. Only then can heart-to-heart communication occur. It is said that former President Jimmy Carter was able to negotiate the bloodless sur¬render of the dictator in Haiti because he appealed to his sense of honor and love for his country—qualities Carter was able to discover in a man others saw only as egotistical and self-serving. In many verses of the New Testament the apostles exhort the new believers to remember:
"In this life one's nationality or race or education is unimportant. Such things mean nothing... let love guide your life." —COLOSSIANS 3:11,14

"Be tactful with those who are not [like you] and be sure you make the best use of your time with them. Talk to them agreeably and with a flavor of wit, and try to fit your answers to the needs of each one . . . [because] ... In Christ's image there is no room for distinction between Greek or Jew . . . There is only Christ. He is everything and he is in everything. The body is a unit, though it is made up of many parts . . . The eye cannot say to the hand, I do not need you . . .For we are all baptized by one Spirit into one body, and we were all given the one Spirit to drink ..."— COLOSSIANS 3:11, 14, GALATIANS 3:28, 1 CORINTHIANS 12:4-26

Question
List sixteen things you and your current adversary have in common.

Question
How could you use that as a foundation for peacemaking?

Question
Pick a person or a group you are afraid of. Write down all the things you have in common.

Power Connection:
Dear Lord, please help me see what I have in common with those I consider my adversaries, or those whom I fear.
Help me remember that Your sun shines on us all, that each of us are recipients of Your Grace, and each of us have important places in Your Ultimate Design. Help me see You in them, and help me be You to them. Amen, and Amen.